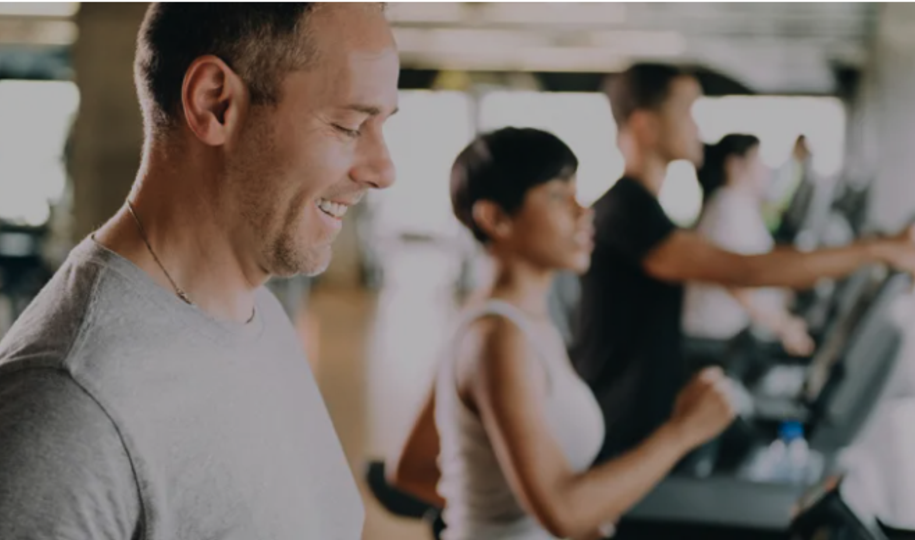 Ginsana and its effect on the immune system

Several clinical studies have shown that the immune system is enhanced after taking Ginsana®.1-5 But how does this happen?

Ginsana and the flu

Ginsana® acts as an immunostimulant, boosting the natural immune response.

Let’s take the common cold or flu for example; 227 volunteers were asked to take 2 capsules of Ginsana each day or placebo, for 12 weeks.  After the fourth week of treatment, they received a flu vaccination.

The proportion of volunteers catching influenza or cold was significantly lower in the Ginsana group. The levels of antibodies increased after vaccination and important immune cells were significantly higher after the 8th and the 12th week of treatment.1

The immune system: A recap

The immune systems consists of organs, cells, and molecules that fight infections. As humans, we have both innate (non-specific) immunity, and adaptive (specific) immunity. Your innate immunity is present at birth, and doesn’t require any ‘configuration. Your adaptive immunity on the other hand, develops after birth as a result of being exposed to different diseases or foreign cells. These are known as antigens.

Physical and mechanical reactions such as the skin, coughing & vomiting

Th1 and Th2 cells – the delicate balance to fight infection

Also important to the immune response are the Th1 and Th2 cells (T helper cells), which are linked to the adaptive immunity defence system. Balancing these two types of cells is important, as depending on the situations (e.g. infections, allergy etc…) the immune system reacts differently.

It is very common, for example, for there to be an imbalance resulting in higher Th2 levels. This situation leads to a decreased ability to the body to fight against viruses and other pathogens, while making the body more susceptible to allergies, asthma and auto-immune diseases.

A shift of this balance in favour of the Th1 is desired for fighting intracellular or bacterial infections. Th1 cell types are known to be important in the defence against infections.6

Causes of this imbalance include factors like stress, infections, allergies and persistent pain.

How does Ginsana boost immunity

Ginsana has several effects on the immune system. Most of these influence the Th1 response, meaning that Ginsana® is able to rebalance the Th1 /Th2 ratio in favour of Th1, and consequently enhance the capacity of the body to fight against infections.

The restoration of the Th1/Th2 balance helps the body to react against infections from the beginning, preventing possible Upper Respiratory Tract Infections. It is not therefore surprising that clinical trials with Ginsana® demonstrated higher protection against common cold and flu, and supported the recovery after acute cases of bronchitis. 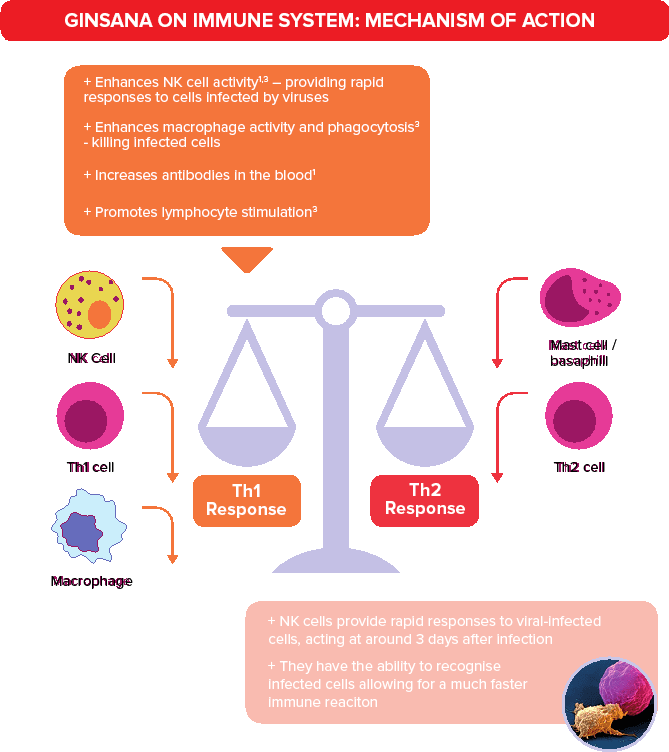 Was this article useful?

Thanks for your feedback 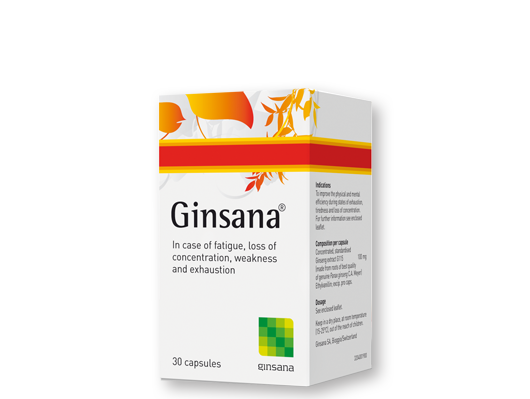 For energy, endurance and physical performance.

We use cookies to give you the best experience on our website. You can find out more about the cookies we use and how to change your settings.