In Prostatonin®, two specific standardised extracts called PY102 from the bark of Pygeum africanum and  UR102 from the roots of Urtica dioica, have been combined to create a patented formulation.

Discover more about the special PY102 and UR102 extracts used by SFI Ginsana, how they work together, and the key studies that support their benefits when used in Prostatonin.

Always read the label. Follow the directions of use. Packaging and product claims may vary depending on country-specific regulations. Products available in selected markets only

Pygeum africanum is an evergreen tree native to African forest regions. It normally grows in the tropical and humid equatorial mountain zones. Pygeum fruit is a red berry, resembling a cherry when ripe. The bark (red, brown or gray) is the part of the plant used for medicinal purposes.

The origin of its use is documented back to the early 19th century. The ground bark was used in a water, tea, or milk mixture as a drug, to relieve urinary symptoms, gastric pain and urinary disorders.

More on Urtica dioica in history

Urtica dioica, more commonly known as stinging nettle, is native to Europe and Asia and is found widely around the world. It has leaves and stems with stinging hairs that inject a mix of chemicals that cause a stinging sensation when touched.

Urtica dioica has also been used medicinally for its blood-building and wound-healing properties. It has often been used in diabetic teas and for bilious complaints. Since ancient times, the stinging nettle of the plant that is present on the leaves and stems, has been used as a diuretic, astringent, expectorant and anti-haemorrhagic.

In modern medicine, the roots have been used for micturition problems due to prostatitis and in the first stages of BPH.4

PY 102 and UR 102 are the specific extracts of Pygeum africanum and Urtica dioica used by Flordis in Prostatonin.

For Urtica dioica UR102, the main constituents are coumarin and sterol derivatives.6

It’s important that the evidence supports the specific plant extracts - and not only the ingredient. The Urtica dioica extract used by Flordis, UR102, in combination with the Pygeum africanum extract PY102, has been well researched and has demonstrated positive results in clinical trials.7-11

Results from these clinical studies suggests that in early, medically confirmed BPH, this synergistic combination reduces:7-11

To understand how UR102 and PY102 work together in Prostatonin, it is first useful to understand what causes benign prostatic hyperplasia.

Benign prostatic hyperplasia (BPH), is caused by non-cancerous enlargement of the prostate gland. This enlarged prostate gland squeezes the urethra – resulting in many symptoms of BPH, including urgency, frequency, nocturia and weak stream.

There are multiple factors that may contribute to BPH, including risk factors such as age, diet and obesity, hormonal imbalance, chronic inflammation (damage to tissues) and cell proliferation (increase in the number of cells).12,13

Prostatonin helps to positively influence some of the processes mentioned above, to help alleviate the symptoms of BPH.7-11

Pygeum africanum and Urtica dioica have been studied as single extracts, and as the combination used in Prostatonin, to understand how they improve the symptoms of BPH. Their mechanisms of action  include:2,3,14-19

The specific extracts used in Prostatonin – known as PY102 and UR102 – have been researched together in 5 clinical trials with a good safety profile demonstrated.

at 4 weeks for patients taking Prostatonin:

for all treatment groups:

100 male patients with BPH over 8 months

for both treatment groups:

Always read the label. Follow the directions for use. If symptoms persist consult your healthcare professional.

Natural healthcare products can vary considerably depending on how they are produced. Prostatonin is produced according to our 'Source to Patient' philosophy which aims to deliver a high quality and consistent extract, from batch to batch so that you can be confident that it can deliver the health benefits demonstrated in the clinical research.

This helps ensure that the natural healthcare products you are getting contains the exact ingredient, in the exact same amounts demonstrated in the clinical research. That's the SFI Ginsana difference.

Through our rigorous processes, quality controls and extensive testing we ensure that the PY102 & UR102 extracts reliably provide the desired health outcomes demonstrated by clinical trials

Support the combined role of PY102 & UR102 in providing relief of symptoms of early, medically confirmed BPH4-8

to provide relief of symptoms of early BPH

Navigating the World of Natural Medicines

How to choose a reliable natural medicine product In Australia, the natural health market is largely driven by consumer advertisements and endorsements, making it difficult to know if a product is high quality, trustworthy, or right for you. 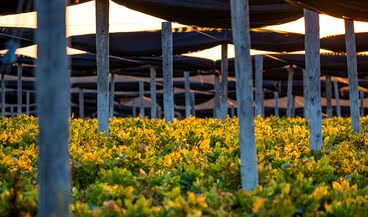 How to choose a reliable natural healthcare product 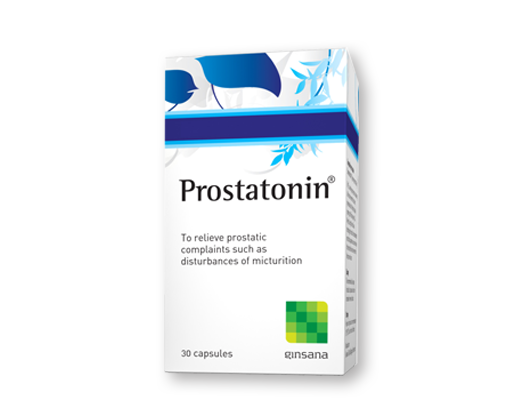 Our Source to Patient philosophy

Natural healthcare products can vary considerably depending on how they are produced and the evidence supporting their benefits. Our Source to Patient philosophy is what helps make SFI Ginsana unique.

Learn more about the six precise steps we take

We use cookies to give you the best experience on our website. You can find out more about the cookies we use and how to change your settings.